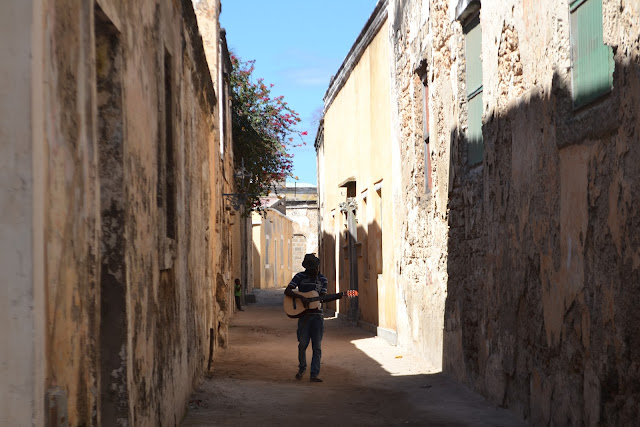 Traveling is the only way to go back in time.

This is especially true in Mozambique, a country, in many ways, free from the hallmarks of “modern” society. These days it is almost impossible to find a place in New York with no internet reception. New Yorkers, always connected, tune in to their palm-sized devices to understand what is going on around them.  Hand delivered letters; home radios and printed newspapers are relics of the past.

In Mozambique, they are still vital accessories. As a nostalgic print journalist, I’ve loved living in rhythm with this country.

But last week I had the eerie sensation of traveling forward in time to the post-apocalyptic, dystopia of Ilha de Mocambique.

Ilha de Mocambique was once the capital of Portuguese East Africa and a major Arabic trading post. Mousa-Al-Bic, an Arabic trader, gave the island, and later the country, its name. But the opening of the Suez Canal in 1869 carved a direct maritime passage between Europe and Asia. Ships no longer needed Ilha as a refueling base. The island’s days as a cultural hub were numbered. By 1898, Moz’s capital  moved to Lourenco Marques (now Maputo) and all the Portuguese capital that sustained the island drained south. In the 1980's, thousands of Mozambicans sought refuge in the almost deserted island from the country's brutal civil war. 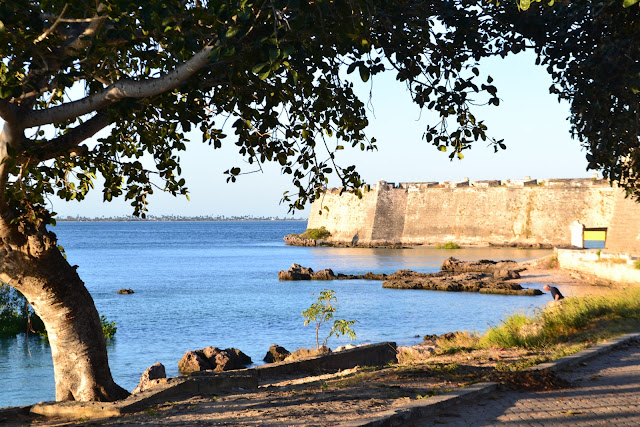 Today, majestic colonial buildings still dot the island. From hospitals to police stations to naval bases, Ilha was equipped to be a capital. But the archways and grand staircases lead nowhere. Almost all of the colonial buildings are in ruins.

Walking on island’s angled dirt roads, I saw children playing hide and seek in crumbled houses and families sleeping inside empty, bleach-white mansions. At night the island is pitch black, save for the small cooking flames that peak through the cracked doors and windows of colonial buildings.
The hospital, once the largest below the Sahara, has now been shut down, except for a couple of backrooms that are still functioning.

Despite its creepy vibe, Ilha is a happy place. At dusk the island's street children start massive 50-person games of tag and hide and seek that go late into the night. Two days into my trip, they learned my name and for the rest of the week I heard enthusiastic shouts of "MARINA!" everywhere I walked. 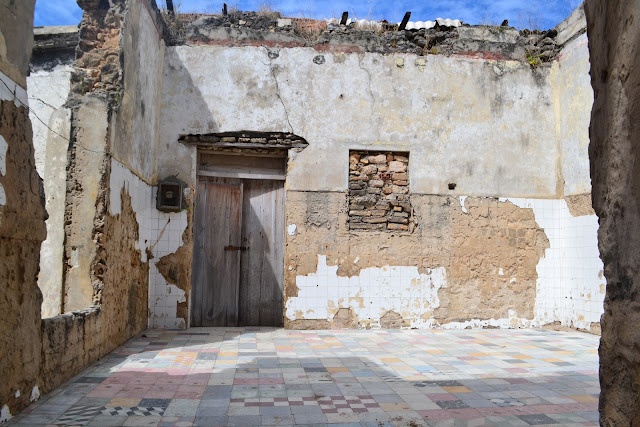 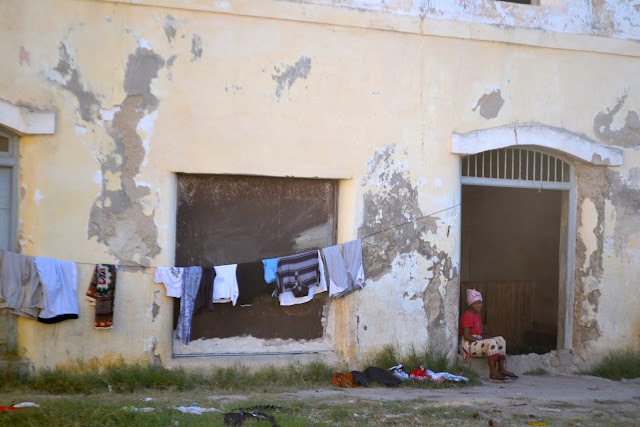 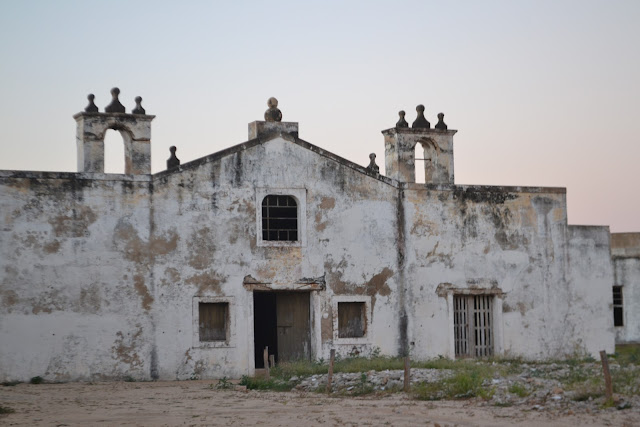 "What is that feeling when you're driving away from people and they recede on the plain till you see their specks dispersing? — it's the too-huge world vaulting us, and it's good-by. But we lean forward to the next crazy venture beneath the skies."
- The lovely Jack Kerouac 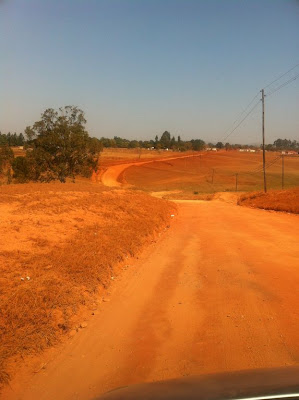 Last weekend I took a spur of the moment road trip to Swaziland, a landlocked country squished between South Africa and Mozambique.

Swaziland has the misfortune of being one of those countries best known for scaling tragic statistics ranks.

It has the lowest life expectancy of any country in the world (31 years) and the highest HIV/aids rate (25 percent of the population).

Swaziland's landscape is stunning. The bright orange dirt that paves most of the roads sticks to everything that surrounds it, painting whole bushes and trees the same color.

Here is some of what I saw and did along the way: 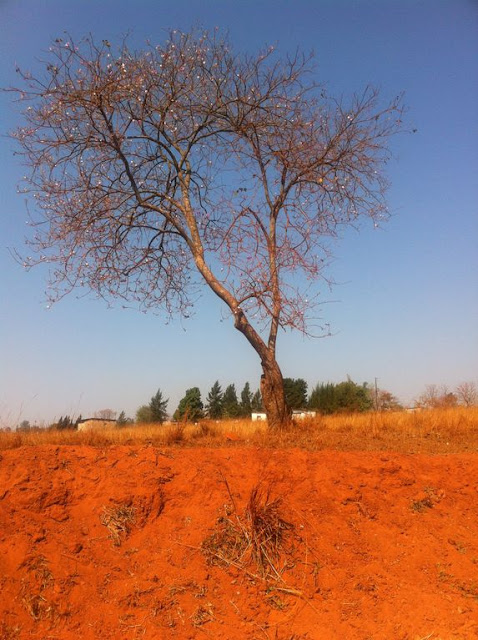 Horseback ridding through the grasslands 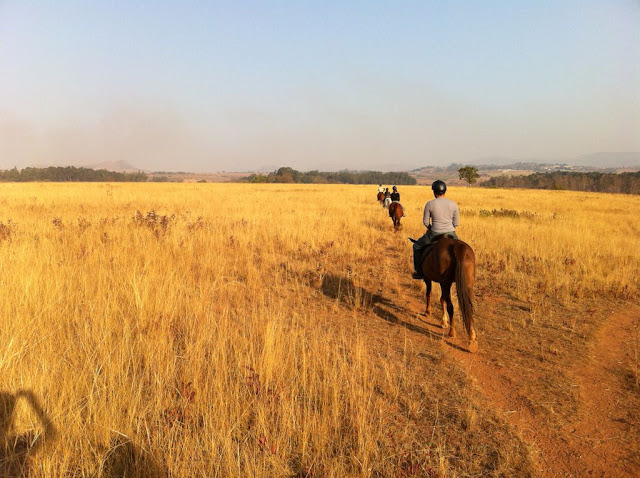 The beehive camps where we slept 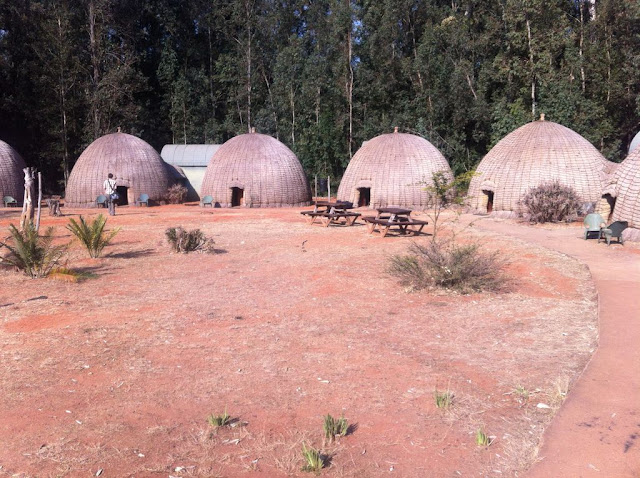 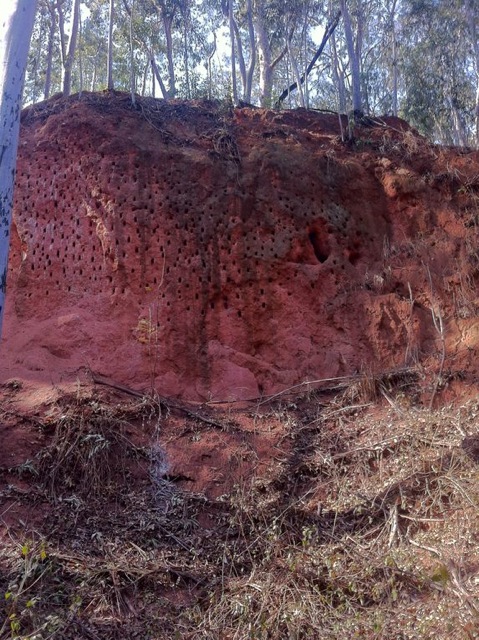 Back to Maputo
Posted by Marina at 12:39 PM No comments: