Some time on the road...

Adventure is an addiction like any other. Untreated, it can quickly leave you feeling trapped and out of place in the real world of coffee stains and water-cooler gossip. 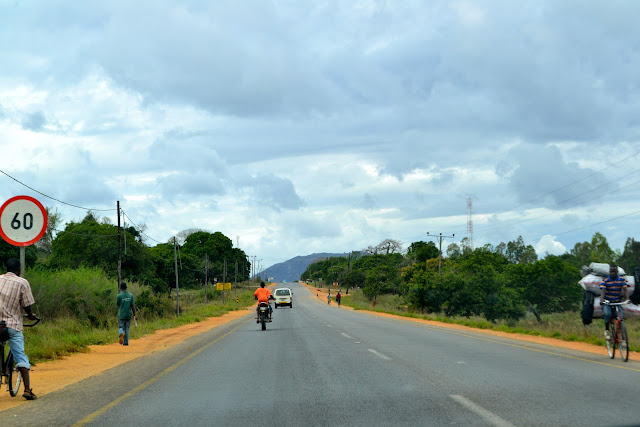 The adrenaline that flooded through me when I first landed in Maputo quickly faded once I settled in and made new friends. I soon wanted more. My minor brushes with death not withstanding, I’ve left every trip this year hungry for something bigger, faster and more exciting.

Our destination was always Tete, Mozambique’s most remote province by the Zimbabwean border, where international mining companies have struck massive amounts of coal. We were planning to quickly fly in and out, a surgical procedure leaving no room for distractions.  But when funding became an issue, my colleague proposed a cross-country road trip and I just had to say yes.

We set off early on a hot Thursday morning, fully equipped for disaster. Extra fuel, malaria pills, first aid kits, apples, cereal bars and an extensive CD collection carried us through the 5,000 km trip. We stopped along the way, collecting notes and stories from roadside villages as we went. Potholes, mudslides and storms out at sea, wouldn’t stop us.

In many ways, I feel like I’m getting one of the last glimpses of a virgin Mozambique. The mud-hut villages sprinkled across the mountains in the north go on for hours. Frozen in time, the residents live like they have for hundreds of years, not a cell phone, television or internet connection for miles.

Barring a few hubs of South African tourists, no hotels, resorts or restaurants interrupt Mozambique’s beaches, which stretch on unabated for thousands of miles.

But I can’t help and worry that with the luxury resorts and pizza joints that will inevitably spring up with development, Mozambique’s unique culture, which has been so impeccably preserved, will be washed away.

I once said to a Mozambican friend while walking along a deserted beach on the southern coast, “ We are one of the last people who will get to see Mozambique.” He turned to me and said, “Or maybe, we’re one of the first.”

To be sure, the country’s future looks extremely bright. Yesterday, at one of the many energy conferences now common in Maputo’s grand hotels, some 300 businessmen drooled at the prospects of drilling into Mozambican waters for a share of the unparalleled amounts of natural gas they’ve discovered in its Indian Ocean basin. If managed correctly, this money has the potential to go a long way for Mozambicans, particularly if the government invests its new wealth in health and education.

Halfway through the conference, one businessman showed an image of a wild Mozambican coastal village today and a mock up of what it could look like in 30 years: Skyscrapers towering over a developed beach resort.

A Dubai in southern Africa! “Modernity” and “development” at long last!
Posted by Marina at 3:06 AM